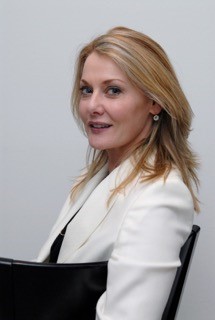 The week I moved to Brooklyn I had my haircut in a salon called Medusa’s. The hairdresser looked like a young Natalie Wood, but with tattoos blooming down her forearm. As she worked shampooing my hair, she told me her divorce had come through that day. ‘I’m sorry,’ I said, not knowing what else to say. No, she said, really it was OK. ‘If I’m honest,’ she added, placing the water nozzle on my tilted head, ‘I only married him for the healthcare.’

The cold ran from scalp to toe. She had no healthcare, even though she had a job? And in this place a woman would ‘marry for healthcare’? She must have seen my face. She tried to comfort me. ‘Oh, it’s not so bad,’ she said. ‘You know, my mom was a waitress and she did the same thing.’ She was smiling and shaking her head at the same time in a gesture I came to hate: a horrible acceptance of hopelessness I saw again and again. ‘When mom married the cook she thought all her Christmases had come. But it didn’t work out for hereither,’ she shrugged, ‘so we slept in our car for a while.’ I was experiencing the choked-up silence when there is so much to say there’s a bottleneck and nothing gets out. Also because it feels cruel to point out the injustice of the system to someone who will never escape it. ‘What will you do now? ‘ I asked her. ‘Well,’ she said, ‘I take lots of vitamins. I can go to the emergency room if something really bad happens.’ She took her scissors out. ‘And I pray.’

A civilised society is one in which people are not afraid. They are not afraid that if they speak the truth, or their mind, they will get the sack. They are not afraid that if they get the sack they will lose their healthcare (if they have it), and be unable to take their children to the doctor. They are not afraid that if they get cancer they’ll have to choose whether to sell their house to pay for treatment and take the chance that they’ll live (but in poverty), or not sell and die quicker, but leave something for their children. This was the world I saw in the USA. And then there was the fear and twisted sadness of the people who had to teach my children how to ‘shelter in place’ from a gunman (usually an underemployed, undermedicated man) – beneath their desks and in cupboards in the classroom – in language ‘appropriate’ to my 3, 7 and 10 year olds. Words fail me here: there is no ‘language appropriate’ for this, for any of it. In a society armed to the teeth in the name of freedom (mostly of arms manufacturers), no one is safe.

A civil society is one in which the flourishing of individual human beings, no matter how privileged or underprivileged, is taken as its measure. A civil society depends on this balance between flourishing and fairness. It is only ever a work in progress – like our lives, we’re not after ‘completion’ or ‘perfection’, just a homeostasis of wellbeing, the quiet hum of health. A measure of this flourishing is that people are not afraid. A civilised society is one in which people can rely on healthcare, and prayer is optional.

In well-functioning democracies, governments mediate the potential rapacity of employers over employees. And then, to limit the potential overreach of governments themselves, there must exist an independent judiciary, a free press, checks such as Freedom of Information.

In the East Germany I looked at in STASILAND, the balance was terribly wrong. In a world of total surveillance, there can be no civil society. There was no independent press, publishing, or politics; no expression of what it is to be human beyond the goverment-ordained compulsory fiction of ‘Socialist Man’. Though there was healthcare, people were afraid. Their privacy had been invaded, and their souls were sick.

In the USA, where there is a glorious civil society of debate and discussion and publishing, I saw that people were afraid too. Life for individuals was rapacious, precarious, uncivil (and this was pre-Trump).  They were not afraid of government, as in East Germany, but they were vulnerable to corporations – for-profit healthcare, insurers, arms manufacturers, employers who could see into their personal health lives, insuring for some things and not others when it should be none of their business. Government, too weak and reviled, has failed to protect them. And now, right-wing ideologues like Trump harness the fear that’s all around for their own purposes, while destroying the vestiges of government institutions that could protect the people from the likes of them.

Having studied a total surveillance dictatorship in East Germany, I now find myself thirty years later living in a total surveillance age – of globalised, privatised invasion of privacy by the huge tech companies. They monetise our data and sell our lives down the line. It is not clear whether, or which national governments will be strong enough to reign them in, to tax the profits made from their people, and make the corporations accountable as ‘publishers’ of hate speech, or of fake news to undermine their own democracies. There is no ‘Freedom of Information’ to find out who knows what about me.

So civil society is, as always, a work in progress. We are looking to find and re-find in new circumstances the homeostasis of political wellbeing, the quiet hum of health in the balance between government being powerful enough to protect the individual, and its powers being separated enough in differentiated, strong institutions, to protect us from itself.

And much as I’d like to believe in the power of my art, of all art to change things, more often its existence is a symptom of the health of the body politic rather than its cause. Art can’t save everyone. The lovely hairdresser said, ‘You know, he wasn’t such a good choice anyway. My husband was a bit of an alcoholic.’ I asked her what he did for a living, wondering what her ‘healthcare ticket’ had looked like. ‘He was a university professor,’ she said. ‘In creative writing.’ Ouch.