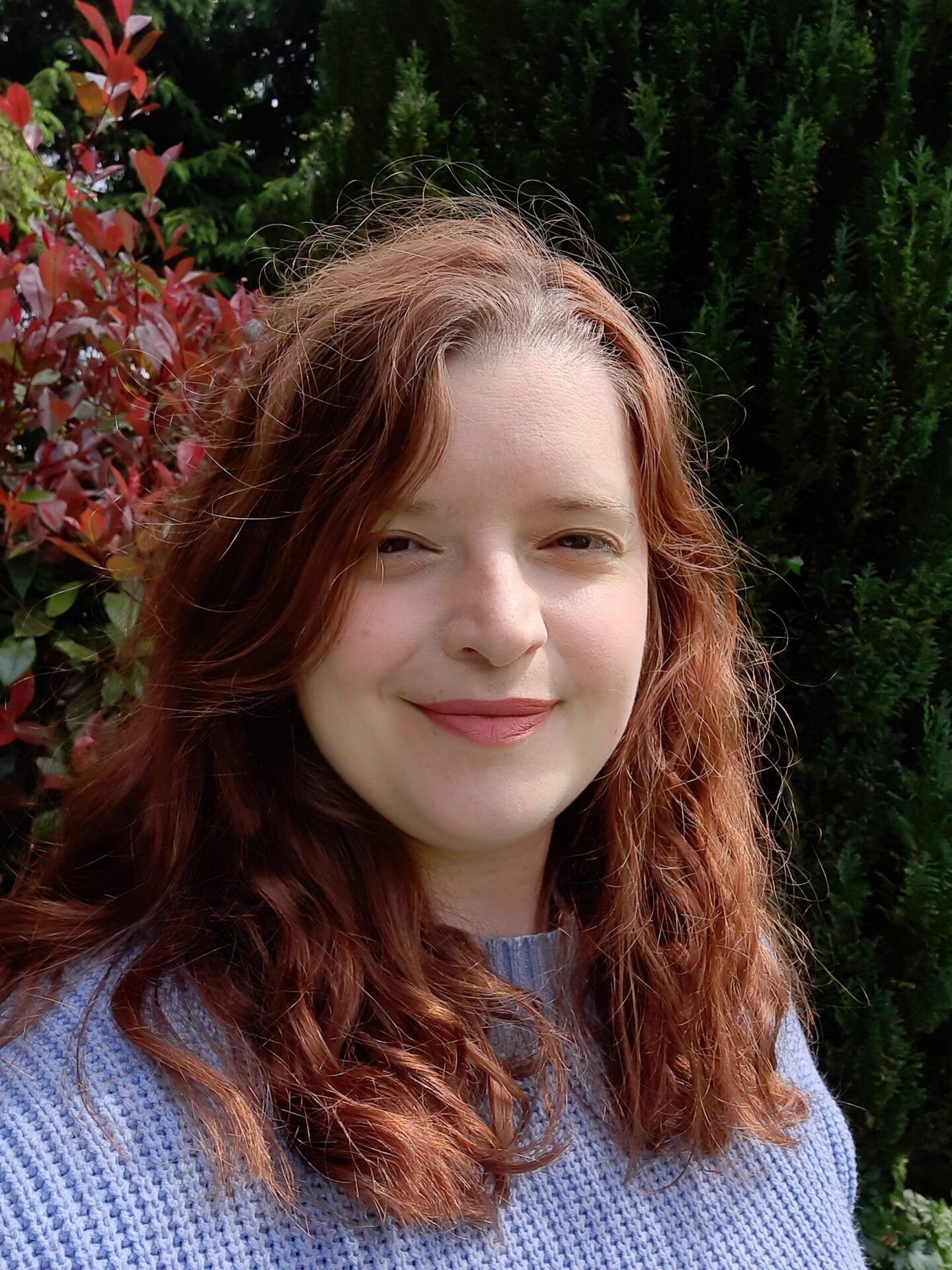 Should an inhabitant of a modern Western democracy ask whether or not they live in a civilised society, the average person’s initial response would most likely lean towards – yes, of course. However, when one interrogates the key principles of a civilised society – effective government, religion, education, basic freedoms – through a more critical lens, one will invariably find considerable barriers and restrictions embedded within.

Northern Ireland is a unique region in which to exercise the sort of self-reflection necessary to understand one’s place in civil society and its role in the formation of public consciousness. A post-conflict region operating under a largely successful and sustained peace – a peace which requires the cooperation of both the Irish and British governments – creates a unique and often challenging space for civil society.

Religion and government remain deeply intertwined with a form of power-sharing. The governing rules stipulate that in order for an Assembly to be formed, the largest unionist and largest nationalist party must assign a First Minister and a Deputy First Minister – the latter of whom is subordinate only in name – and neither can enter office without the other. The problem with this form of power-sharing is that it perpetuates sectarian politics, excluding all members of society who do not identify as either unionist or nationalist and allowing the two dominant and opposing political parties to maintain power. As a result of this dichotomy, the Northern Ireland institutions have collapsed five times since their formation in 1998.

The structures for government derive from a combination of the Good Friday Agreement, the Northern Ireland Act 1998, and the 2007 St Andrew’s Agreement. Included in these agreements is a protective mechanism in the form of a cross community vote, or veto. The mechanism was originally envisaged as a tool for human rights protections. However, the veto has been consistently distorted and abused, used instead to block progress on advancing rights, including to block same sex marriage proposals, abortion access, and Irish language legislation. Such is the level of abuse of this mechanism that in 2020 the Democratic Unionist Party used the cross-community veto to block public health guidelines during the Covid-19 pandemic. Representatives who designate as ‘other’, currently 12 percent of the Assembly, are excluded from cross-community votes, underscoring the undemocratic nature of this mechanism and the need for widespread reform of the governance structure.

With the perpetuation of dogmatic politics and the outdated governing structures, civil society has played an invaluable role in holding government to account and progressing human rights protections.

Northern Ireland has undergone significant cultural and political shifts in the last two decades, with the vote share of others such as Alliance and the Greens widely expected to continue to grow in the upcoming Assembly election, with a marked increase in those describing themselves as neither unionist nor nationalist, in tandem with an increase in more plural religious denominations. The growth of this once alternative grouping highlights the need for systemic reform of the Assembly structures.

Civil society is, at its core, activism, the backbone of democracy – defined by the process of working together to achieve effective change for the betterment of all. It works best on a non-partisan basis and is politically essential to push against inaction and discrimination that often goes back decades.

In the words of Frederick Douglass, “Power concedes nothing without a demand”. That demand often has to come from the outside as it is so frequently the case that fundamental systemic change is forgone for reasons of political expediency.

There’s a storied history of civil rights movements and demonstrations often spurred by injustice and government inaction which, in turn, see newfound resolve to rectify systemic abuses and mistreatments. This quest for justice is carried across generations, rippling across time and continents.

The 21st century has seen young people engaged on a whole new level thanks in part to the advent of social media and, with it, widespread ease of connectivity and the resulting evolution of a more global sense of standards. People expect more – more equality, more justice, more rights. Social media has cast a light on parts of the world – and within our own societies – that previously might have remained unseen.

Historically, meaningful change has often been sparked outside of government buildings, by independent campaigners, activists and civic society organisations who then place a duty on the government to enact legislative changes. The origins of any number of rights movements can be attributed to civil society and people at large, not parliament – from the woman’s suffragette movement to the US civil rights movement – with many being led by unelected civic leaders. That’s not to say that parliament does not have an essential role, but rather that the two work in tandem. First is the cause, then the action.

The question is: how do we rethink civil society? How can it be bolstered?

Civil society has long served as a bridge between the people and political representatives; in Northern Ireland, the joined-up efforts of civil society have played a significant role in a lasting peace, despite substantial barriers.

Within the text of the Good Friday Agreement exists a structure for engagement with civic society, intended to foster better understanding between communities and to act as a much needed segue between Northern Ireland’s combative politics and its citizens. The Civic Forum was a consultative mechanism on social, economic and cultural issues first proposed amidst the multi-party talks, and its formation was the central demand brought forward by the Women’s Coalition during negotiations. However, despite its central premise as a mechanism for civic engagement, the Forum lasted only two years before falling victim to the 2002 Stormont collapse. Its dismantling was precipitated by DUP-led criticism, wherein it was argued that there weren’t enough anti-Belfast Agreement voices present in the Forum, while other members of Stormont questioned what the Forum really achieved in its fledgling two years. Whatever the reason, Stormont eventually returned half a decade later, while the Civic Forum did not.

Civic engagement in the form of assemblies or forums can be found the world over and are essential resources to bridging the gaps between citizens and their political representatives. In the Republic of Ireland, the Citizen’s Assembly has made the case for constitutional change on topics once deemed too controversial or toxic by the region’s conservative political parties, helping to usher in long-overdue progressive change for its citizens, and making the case that the attitudes held by the Irish people were far more liberal than the parties once believed.

Attempts to provide a haphazard reimagining of the Civic Forum have come and gone over the years via different agreements. The Civic Advisory Panel was born out of the St. Andrews Agreement but is extremely limited in its membership, and therefore restrictive in terms of its ability to be representative. The 2020 ‘New Decade New Approach’ deal included a commitment to holding civic engagement with 1 or 2 issues commissioned by Stormont every year – one year on and this commitment hasn’t been fulfilled.

With no real strategy being proposed to deal with the complex realities in Northern Ireland post-Brexit, both governments, and all the parties, should be looking to all available structures and means to build reconciliation – the restoration of the Civic Forum could be one mechanism, providing a powerful contribution to civil society.

We are a post-conflict society still grappling with grief, loss and abandonment – and there remains a gulf in understanding the effects of partition and its long-term impact.

There exists a potent aspiration for a shared future, rooted in reciprocity and respect rather than tribalism. However, in order to achieve it, the communities still entrenched deepest in learned sectarianism will have to instead learn to approach one other with a genuine goal of mutual understanding, in acceptance that there exists multiple narratives of the past. We all need to be capable of transcending the boundaries of our own beliefs and perspectives in order to inform ourselves with the knowledge one can only glean from the lived experiences of others. In doing so, we not only enrich our relationships and our lives, but we begin the most crucial steps toward reconciliation. An effective, well-resourced civil society founded on the principles of mutual respect and parity of esteem is key to breaking down divides and sustaining a lasting peace.

For me, civil society is about reciprocity, rights, generosity of spirit and collaboration, for only by working together can we build a better society.