Jon Alexander
Author and Co-Founder of the New Citizenship Project 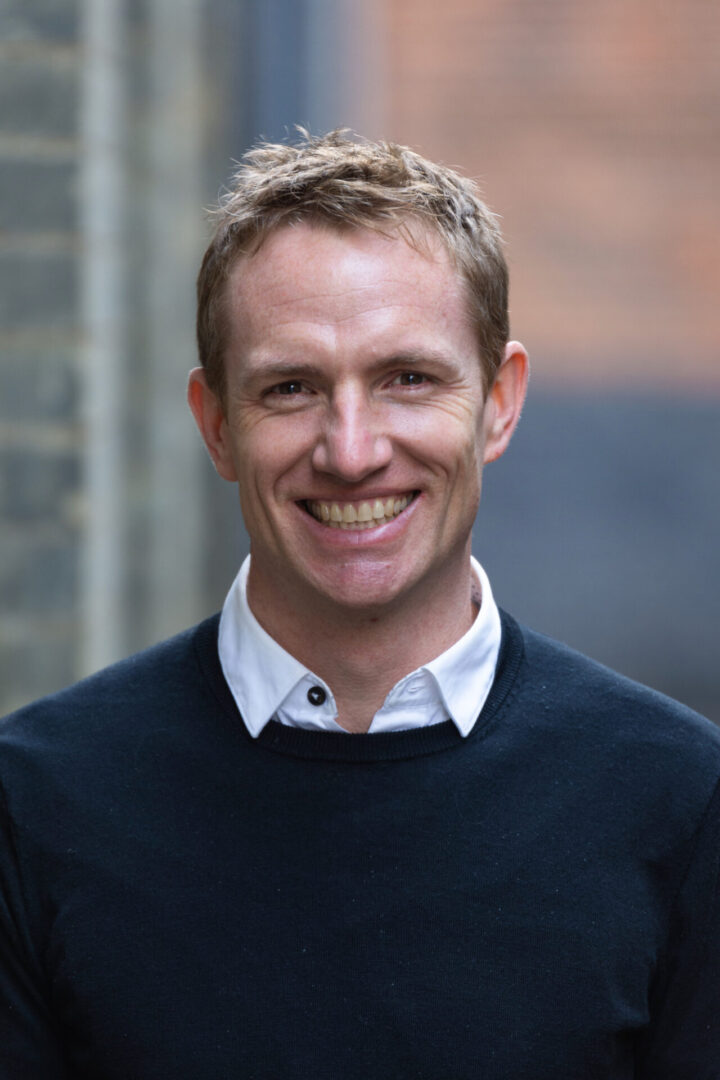 I see the world through the lens of stories: stories we have inherited that tell us who we are and how to make sense of our place in the world. And I think that the moment in time in which we’re living now could be characterized as a moment at which the story that has shaped – dominated – our self-perception for almost a century has started to break down.

That story – I call it the Consumer Story – has held sway (certainly in the UK) throughout my lifetime. It is a story of human beings as inherently self-interested and competitive. This story has shaped not just individual behaviour but organisational design, economic theory, the role of government, morality – all of culture and society really. It tells us that the right thing for people to do is to pursue their own self-interest, because doing so serves our collective interest too: the best society will result when individuals look after themselves and their families and make choices for their benefit. Even if those choices seem to be at the expense of others, in reality everyone gains.

Before that we were, for a very long time, here and in most of the world, living inside what I would call the Subject Story (as in ‘subjects of a ruler’) which cast the majority of us as incapable of choosing for ourselves, with just a superior few capable of deciding and leading. That story told us that the right thing to do was to keep our heads down and do as we’re told, because those who run society know best and they’ll lead us to the best society as a whole. The Consumer Story liberated us from that story, by telling us that we all had the power to choose and that making selfish choices would bring collective benefits. I think we’ve reached a point at which, in every aspect of society, the Consumer Story just can’t hold anymore: the pursuit of self-interest palpably hasn’t served our collective interest.

In this moment, when things are in flux, the Subject Story is rearing its head again: the idea of the strong leader, the promise of protection in return for obedience which has always been at the heart of that story, is returning with a vengeance. But we are also seeing a third story emerge, a story that, I would argue, has been present throughout human history and made its presence felt here and there, now and then, especially at times of crisis. This is the story I call the Citizen Story. It is a story that reminds us that the best society is one in which we see ourselves as the creative, capable, caring creatures we are and we get all our players on the pitch, working together, tapping into the ideas and energy and resources of every one, because all of us are smarter than any of us.

So as I see it there are three stories – the Subject Story, the Consumer Story, and the Citizen Story – fighting for supremacy. Each story makes sense of the world in a radically different way; each one entices us to think about ourselves in its terms; the first two at least backed by many formal holders of power and professional formers of opinion.

You can see this most tangibly today in Ukraine. Putin is the embodiment of the Subject Story: the great father of the nation, acting to make Russia great again, brooking no opposition. The response outside Ukraine has come largely from within the Consumer Story: impose economic sanctions, erect barriers to trade, and Putin will be brought to heel because it’s not in Russia’s economic self- interest to wage war. Where I see grounds for hope is that Zelenskyy and the Ukrainians themselves are responding in terms of the Citizen Story that says we need everyone involved; this is all of us together, our fight. Zelenskyy has positioned himself as a citizen leader, no different to anyone else, no stronger, no more infallible. I think his struggle, their struggle, dramatizes very powerfully, and tragically, the predicament that, in a less immediately murderous and barbaric way, confronts all of us.

I see the Citizen Story as key to a genuinely civil society and, perhaps more fundamentally, to our collective future – or else our collective fate. It’s only by embracing, enacting, and fortifying the Citizen Story that we will be able to face the challenges of economic insecurity, climate crisis, public health threats, and political polarization. Stepping into the Citizen Story will reshape the way politics is practised. It will revitalise our communities. It will transform the way organisations across sectors are structured, and the way they engage on all sides – with employees, customers, suppliers, communities.

When organisations see people as citizens rather than consumers, and treat them as such, everything changes. Quite a lot of the organizations that make up what most people nowadays think of as ‘civil society’, first arose in the era of the Subject Story and were run along fairly paternalistic lines – charities looking after the ‘deserving’ poor, that kind of thing. In the era of the Consumer Story, they became service providers and struggled a bit with their own pasts and with their proper place in the wider scheme of things. Many were and are nervous of seeming too ‘preachy’, or too ‘political’, or of being attacked in the press for being so. I spend a lot of my time encouraging them to switch into the Citizen Story, to take on an idea of themselves as enablers of citizens – as vehicles for people to come together to organize rather than as professionalized organizations, providing services or skills for people.

There are some inspiring examples of what can be done. I think of East Marsh United in Grimsby, running a community share offer and raising half a million pounds, enough money to buy 10 houses, creating good local jobs refitting them, then renting them out as an ethical community landlord. It’s phenomenal. Friends of the Earth have been piloting ‘Postcode Gardeners’, crowdfunded by local residents to buy the time of an expert to work with them to bring back greenery and wildlife to their neighbourhoods – co-creating a vision for their area and bringing it to life. There are lots of similar initiatives, but they don’t attract much media attention, maybe because so much of the media, and our national politics, is so heavily invested in the Consumer Story and so ready to default to the Subject Story when the Consumer Story fails.

So many of the mental models and structures and frameworks we still use today were born out of the Consumer Story. The built environment embodies it – skyscrapers, corporate headquarters, shopping centres, the contemporary counterparts of the medieval cathedrals and palaces that spoke for the Subject Story. We’re hypnotized by GDP, the Consumer Price Index, consumer confidence. Maybe we need a Citizen Confidence Index instead, to measure the extent to which people feel agency to shape their world – that’s something I’m excited to be working on now, in fact, with lots of different partner organisations. We need to break free of the old stories, to clear them out of the way, to achieve the kinds of collective social action in which the talents of all are put to work for the benefit of all. If we can’t imagine what a citizen society might be like, we can’t step into it. I think it was Emerson who said that the ancestor of every action is a thought. It’s hard for people to act as one when they have been conditioned to think that everyone else is selfish and out for themselves and needs to be incentivized to do anything for anyone else.

Rethinking civil society, then, has to start from a place that assumes that the task is to unleash the contribution people want to make rather than to incentivize a contribution that people don’t want to make. We are citizens by nature: that is who we are, and who we want to be; so the work isn’t to recondition people to believe something new about themselves so deeply and completely that it becomes, so to speak, second nature, but rather to trust ourselves and to trust our neighbours to be the people we naturally have it in us to be.

That’s not a place our leaders or the print and television media feel comfortable being. It seems very evident that they don’t want us to feel comfortable there either. I think back to the day in July 2020 when the UK government messaging about COVID changed from ‘Stay Home—Protect the NHS—Save Lives’ to ‘Stay Alert—Control the Virus—Save Lives’. The first slogan sits within the Subject Story: we know better, do as you are told; the second slogan sits within the Consumer Story: look out for yourself, watch out for other people who are putting you at risk. I think we would live in a dramatically different nation today if, instead, they’d followed the example of somewhere like Taiwan and trusted us as citizens; if they’d said, we know you care about one another and the NHS, we know you are already looking out for one another. The government is going to come in behind what you’ve started to do; we’ll set up a direct line where any citizen can ring in with ideas for how we could do better; we’re going to support councils and our own Departments of State to embed the new ways of working that they’ve adopted by necessity but find much more empowering; we’re going to support the mutual aid groups that have sprung up everywhere to formalize and encourage the formation of similar groups all across the country.

I know this sounds mind-bogglingly unlikely – not least because, as we’ve since discovered, they were busy getting shit-faced in the garden at Number 10 – but it comes down in the end to the question of whether we are actually trusted by our own government. Clearly we’re not; and we’re encouraged not to trust one another either, but instead to be fearful of one another, maybe because, deep down, our own government and the press fear us and fear the power we have as citizens. So deliberative democracy and Citizens’ Assemblies are part of the governance structure of a great city like Paris – but such things are not for us? The Chilean people mobilize en masse as part of the Constitutional Convention charged with drafting a new political constitution, which will have to be ratified by them through a plebiscite – but that sort of thing won’t catch on around here so we won’t bother reporting it?

I reckon everyone can feel that we need real change – it’s like a dam that’s ready to burst – but while we remain in the grip of the Subject Story and the Consumer Story it’s hard to see the way forward. I live in hope that someone with significantly greater public visibility than me has the nerve to step out of those stories and to step into the Citizen Story, to stand up, and to say: power does not equal choice between equally shit options. Power equals the opportunity to get in the kitchen, not to pick between items on a very restricted menu. And when they say it, it’s just so obvious and so manifestly true.

Jon Alexander – Author and Co-Founder of the New Citizenship Project