Kim Leadbeater
MP, Chair of ‘More in Common’ and Ambassador for the Jo Cox Foundation 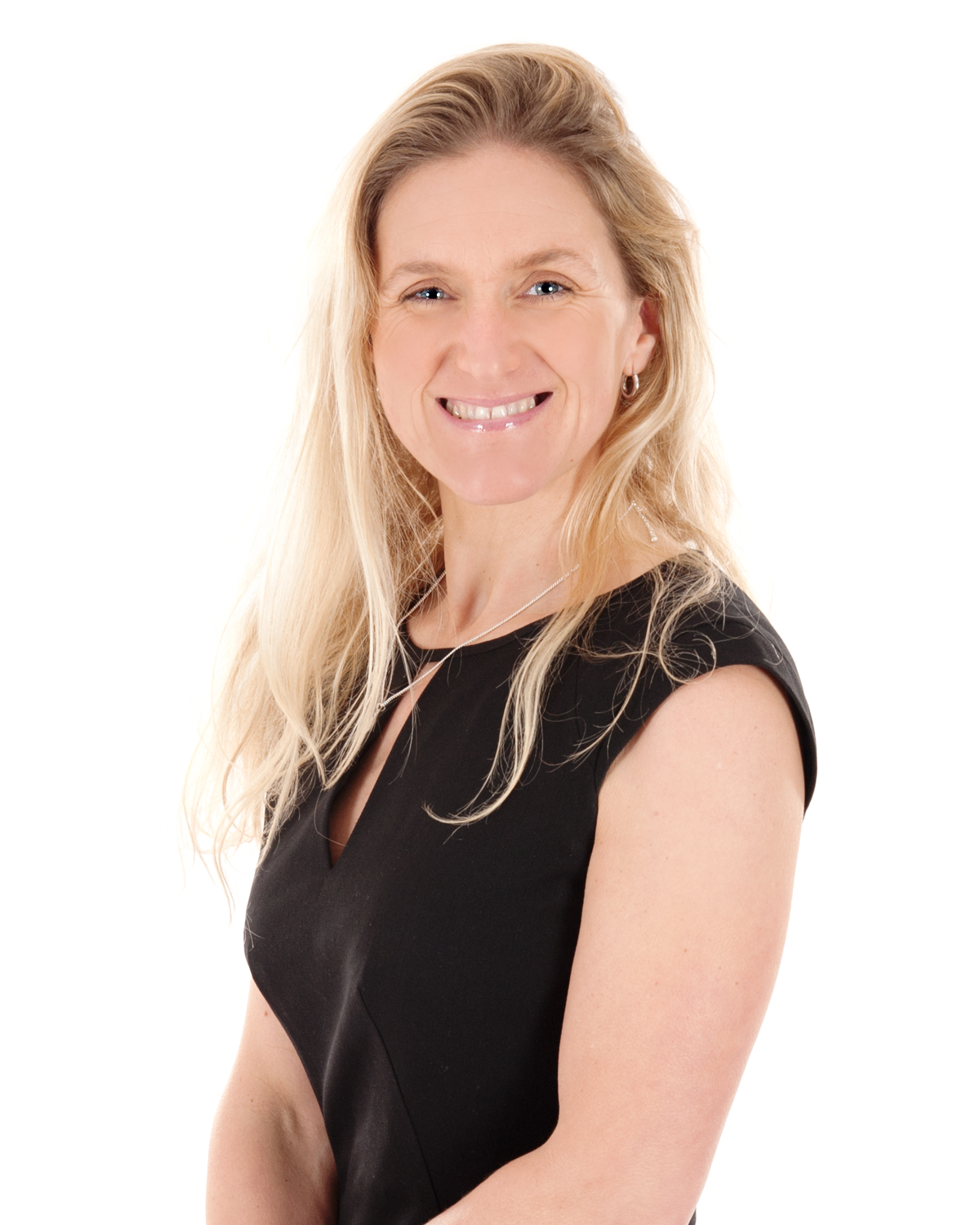 A civilised society is fundamentally about how we treat our fellow human beings. That is one thing that, when I talk about my sister Jo – which I do a lot in public – and I think about the traits that she had, in terms of humility, and empathy, and understanding, and being prepared to listen to different views and opinions, I always come back to. It’s about how we treat each other, and indeed how we treat our environment, how we treat our infrastructure, how we treat animals, how we treat the natural world. That for me is what it means to live in a civilised society. If we are living lives where we have little regard for those things – for other people and for the things we depend upon and that sustain us – then I think we’re in danger of becoming uncivilised. And, also, simple principles I reflect on from our childhood, in terms of the things Mum and Dad taught us, like sometimes agreeing to disagree, compromising, and treating other people how you would wish to be treated. I think if everybody did that, the world would be a much more civilised place. Just asking yourself the question, “Would I want someone to do that to me?”. If the answer’s no, then maybe you shouldn’t do it.

I think that the pace of life today and our growing reliance on technology bring certain dangers for the way we live together. We have so much more access to so many more things that, if we’re not careful, things – individual possessions, having a fancy car, having a massive house – become the priority over people. I think, unfortunately, that this is the way that society’s gone to some extent: we’ve changed where our priorities are. We seem to care more about stuff, and about getting more of it, than we do about our neighbours and our fellow citizens. Some of what brought us together as communities just isn’t there anymore. Whether that is the decreasing role of religion, the lack of people going to church, or because we don’t have as many community centres as we used to, or village pubs and shops closing down, the places we actually meet other people, particularly people who are different from us, in our everyday lives, are getting fewer and harder to find. I’m a fan of technology in many ways, but one danger is that we’ve replaced human connection with digital connection, and there’s no substitute for real, face-to-face human connection.

I get pleasure from people. Everything that I focus on – in my previous career and in the work I do now with the Foundation – is about that. What other people think and how they feel really interests and matters to me. If we look at the way that we’ve become a much more multicultural society over the last couple of generations, that hasn’t always happened or been talked about in the best way for people to experience change as a positive thing. So, for instance, in terms of different communities and different cultures living together, sometimes that hasn’t been very well managed. Then when times are tough, we look for someone to blame for them being tough. There’s always a temptation to blame ‘the other’, anyone who is different from us. And we end up looking at those differences as something negative, even as threats to what we value, instead of celebrating difference as a positive thing and embracing it. That doesn’t mean giving up what makes me me, or you you, or us us.

Politicians can make a difference here. In the run up to the EU referendum in the UK in 2016 there was real tension, and our polarizing political discourse only amplified that. Then after Jo was murdered, there was a very short period of time where politicians, and others, said all the right things about how we had to do things differently, and the need to do politics with more compassion and more kindness. Unfortunately, that was very short-lived. I would say that within a matter of weeks, we saw the rhetoric ratchet up again, and very toxic and divisive language being used. I’m talking now about voices from across the political spectrum, across the Brexit divide: there’s been a lack of moral leadership, as far as I’m concerned, in the way our public life and politics has been conducted. Politicians have a responsibility – as do journalists and the media, and the rest of us – to think about the language they use, and the climate it’s creating. And I’m afraid that over the last three and a half years that climate has got gradually worse and worse. We’ve seen the threats made to politicians increase – from personal insults to threats of violence, rape, and death – as words like ‘traitor’, ‘betrayal’, ‘enemies of the people’, ‘surrender’ are bandied around by the media and by politicians themselves, as if every difference of opinion was somehow a declaration of war.

There are going to be things we disagree about. My view is that it’s absolutely fine to disagree, but we have to be able to disagree in a respectful and civilised manner, and that’s what’s been lacking in the last couple of years. I try to see things from all sides, from different perspectives, to imagine what it would be like to hold one view versus another view, that sort of thing. But that approach, I suppose, makes for less juicy TV or radio than having two people with very different views shout at each other. People do hold strong views, people do feel passionately about things – I do, Jo did, and Jo would have been the first person to say how important robust, passionate debate is – but when that descends into personal insults and death threats and rape threats, I hope we can all agree that that isn’t what a civilised society looks like. The problem is what to do once we realise that’s where we have ended up.

The first thing with any problem is to talk about it, isn’t it? So I think acknowledging that things have gone too far, and reflecting on some of what has happened and been said over the last three and a half years, hopefully, will just make people pause before they speak, think about the language that they’re using, think about the tone that they’re setting, because that is the only way things will change. We all have to take a step back, whether we are politicians, journalists or just normal people like me, and remember to talk to one another with courtesy and treat one another as we’d like to be treated ourselves. Hopefully we have hit the bottom with the toxicity of the referendum, Brexit, and the recent General Election campaign, which wasn’t particularly pleasant in many ways. Maybe now there’s an opportunity for everyone to think a little bit more seriously about how they conduct themselves and how they relate to other people.

I describe myself as a ‘realistic optimist’. My own personal experience, and the journey that I’ve been on since Jo was murdered, has taught me that it’s very easy to give in to despair and anger and hatred, but actually, in the long term, that doesn’t do any good. What has kept me going, and what has kept my parents going, in the last three and a half years is the huge amount of support and positive energy that we have received from across the country, and particularly at a local level here in Yorkshire, from people who just want to do their best for their families and for others, and don’t want to give in to those negative emotions. I really think that most people don’t want to spend their time being angry and being horrible to other people. They want to live peacefully, harmoniously, and just get on with their lives decently. They don’t hold extreme opinions, they’re somewhere in the centre ground, whether on the left or on the right. That’s true, I think, of the overwhelming majority of people in this country.

This is a country which I am so proud of, that Jo was so proud of, with so many amazing things to celebrate about it. In the last few years the focus has been on the divisions between us, but coming back to the things that we share and we have in common, as Jo reminded us to do, is a sharp reminder that the divisions don’t matter anything like as much. We all want to feed our kids, pay our bills, go to work, get treated fairly, treat other people well, and sleep at night: when you strip it right back, and approach the problem from a human perspective, having and keeping hold of a genuinely civil society does seem within our reach. We make it happen every time we reach out to others with kindness and do by them as we would be done by. So I remain optimistic, because of the people that I’ve met, and the people that surround me, and because actually, in the end, what choice have we got? More anger? More despair? More division? I think our country is better than that and I think it’s up to every single one of us now to show that.