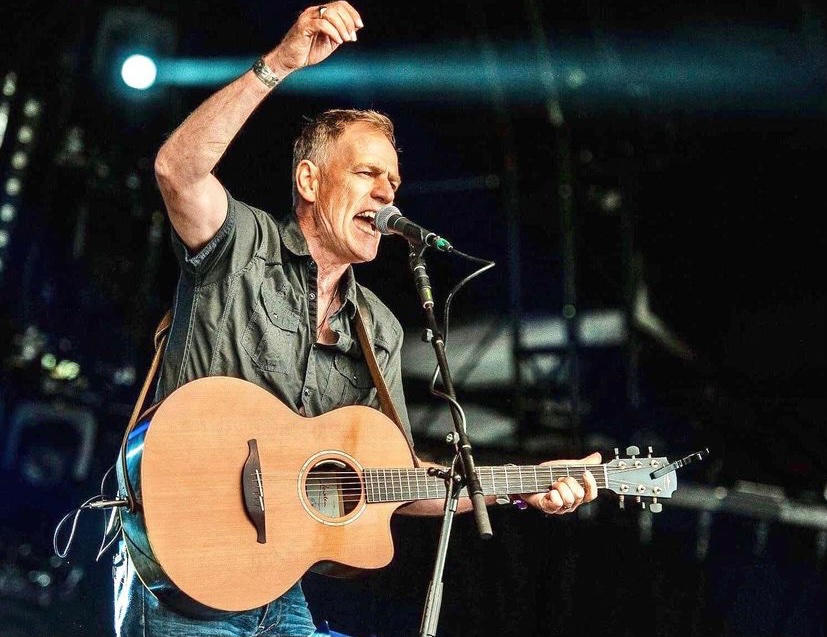 As a musician I’m very aware of the ability of music to create community. On countless nights through 44 years of touring, I have felt the genuine connection through melody and words that has united a room or field. As such, we can create community by gathering around music and words that unite us in their message of love, justice and a way forward. The result is a sense of oneness, a renewed vision of each other, both collectively and as individuals.  As a songwriter, I have come to realise that, for me anyway, the job of a good song is to make the listener feel like they are not alone in the world. In that moment, the song provides a kind of transcending glimpse of what could be, and the encouragement to keep going. I guess it’s a bit of a stretch, but this all feels like it’s a glimpse of a civilised society.

There are problems though. Some folk can’t afford to attend; some might be able to afford better seats than others; some are unable to be there for a myriad of reasons. So the concert is more of a glimpse of what could be, and hopefully a reminder to those of us present to go out into the world and try to make it so.

Eight years ago, my wife Justine and I started a charity to run alongside the music. Our remit is to work with small organisations which are doing beautiful work, but are largely underfunded and unnoticed. Because we change projects every six months, we have built up what I like to call a ‘portfolio of hope’, and thanks to the goodwill of folk who hold up my songs, we have raised and given away over a half a million pounds to life-giving projects all over the world. Having witnessed first-hand some of the work being done, I’m constantly moved by the sacrifice of many to help others, but also saddened and often enraged by the inability of humanity as a whole to deal with injustice and to create a level playing field for us all.

It’s obviously far more complicated than that, and far greater minds than mine will find a greater depth of narrative and words, but I want that ‘on earth as it is in heaven’ stuff to play out for real.

So I guess I’m thinking that for me a truly civilised society doesn’t exist right now. We get glimpses of it and the potential every day and I will always believe the glass is half full. Nye Bevan said that ‘No society can legitimately call itself civilised if a sick person is denied medical aid because of a lack of means’. We’ve come a fair way since Nye spoke those words in 1947, but there is still a long road ahead. Bruce Springsteen once said that ‘nobody wins unless everybody wins’. I think he nailed it.