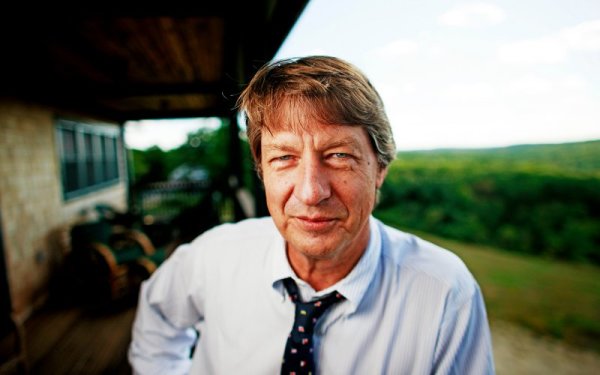 I understand that somewhere in the works of Hegel (unreadable to me), ‘civil society’ is defined as the part of social existence intermediate between the family and the state. Count me an honorary Hegelian pro tem. What a blessing and relief to humankind that there is such a place – neither dominated by bickering over dirty dishes in the sink and dirty socks on the bedroom floor nor ruled by the rod of the law and the staff of the tax collector.

Any ‘rethinking of civil society’ should start with thoughts about making it bigger. More of society becoming increasingly civil might cause whole days – maybe weeks – to go by without the furious political contentions that have become ubiquitous and without my smart-mouth kids talking back.

We have an excellent lesson in how to create and expand civil society in a surprising place: The Bible – full of furious contention and wayward children. I would suggest a secular look at the Ten Commandments.

Sometime in the 19th Pharaonic Dynasty, circa 1350-1200 BCE, a disadvantaged minority group was exploited and enslaved by an Egyptian dictatorship. The Israelites fought for their freedom, escaped from Egypt but wound up homeless, wandering around in the Sinai Peninsula for forty years.

No offence to a major prophet of the three great monotheistic religions, but recent events in Washington have shown us how things go when leadership is solely charismatic. Moses couldn’t so much as step around behind a burning bush without golden calf-worshipping pandemonium breaking out among his followers.

The Israelites needed civil society, and the Ten Commandments provided it.

They are, per Exodus 20:2-17 in the Revised Standard Version:

To continue the effort to put religion aside, we need to examine the first three Commandments. They seem to be purely religious. This doesn’t bother me personally. And I think the 20th century gave us ample evidence that there are worse things to worship than God. But I don’t find my Christianity stretched to the secular humanist breaking point by giving these Commandments a broader interpretation.

Civil society needs a shared set of values. The values don’t have to be annoyingly numerous. And we don’t have to annoy each other with ‘over-sharing’ about them. But anyone with any ethical sense can probably agree with Commandments five through nine (although with further commentary to come about #7 and making whoopee.)

So, since organized religion doesn’t have the prominence it once did, let’s drop the ‘other gods before me’ and substitute ‘other values that let you get away with lying, stealing, killing, and being a sexual sleaze’.

The second Commandment is a simple reminder that virtue is more important than a Vuitton bag.

The third Commandment isn’t really about swearing. As a friend who’s a Catholic priest told me, “It’s no sin to say ‘God damn it’ if the situation merits the imprecation”. The New Oxford Annotated Bible explains that the third Commandment ‘prohibits the misuse of the Lord’s name in magic, divination, or false swearing’. I assume this includes magical thinking, which is certainly a bane of current civil society – from the nonsensical economic theories of the hard left to the ugly racialist fantasies of the alt. right.

The fourth Commandment, ‘Remember the Sabbath day…’ is religious as well, but not in a way that should offend anyone outside the Judeo-Christian tradition or even the strictest atheist. For God’s sake, take some time off!

We have (or, anyway, I have) already stipulated that the next five Commandments are shared values in civil society. But there are obvious problems with ‘You shall not commit adultery’.

Of the ten, the seventh Commandment was never the most forcefully put. The Hebrew word in the original is nā’ap, which loosely translated means about sex what we mean when we say “cheatin’”. It’s used elsewhere in the Old Testament, sometimes literally and sometimes figuratively, to indicate that the Israelites have been playing a little fast and loose with their faith. If we want real condemnation in this Commandment, we should dispense with the bedroom farce term ‘adultery’ and say, ‘You shall not sexually exploit’.

And last comes the Commandment that’s my own particular favourite. I admit that my fondness has something to do with my classical liberal and free market prejudices. But, besides being good political economy advice, I also think it’s what you’d hear from any reputable psychotherapist of whatever ideological stripe: ‘You shall not covet your neighbour’s house; you shall not covet your neighbour’s wife, or his manservant, or his maidservant, or his ox, or his ass…’

Don’t go staking a claim on other people’s asses. Mind your own.

This Commandment, though stated in what we’d now consider sexist language, is clearly addressed to all Israelites. So are the other nine. There are no exceptions to the rules. Inclusivity is assumed. Indeed, it’s demanded. The Commandments apply to all ages, genders, socio-economic classes, and (presuming the Israelites acquired some measure of diversity during their multi-generational sojourn in Egypt) ethnicities and races.

The Ten Commandments are democratic – nearly a millennium before democracy was an idea. And in ancient Athens when the idea of democracy did occur, it only occurred to Athenians with white male privilege.

But what is most salient and most significant about the Ten Commandments is how few of them can be enforced by legal might or familial authority.

Reasonably effective laws can be passed against murder and theft. There are also various laws – perjury, libel, slander, fraud – against bearing false witness. A glance at cable TV news demonstrates their impotence.

Attempts have been made to criminalize blasphemy, adultery, and keeping shops open on Sundays. The result has been a goddamn fucking under-the-counter failure.

And every parent tries to impose ‘honour your father and your mother’. The effect begins with pablum spewed from the highchair and ends with teens sneaking into the garden shed to smoke pot.

Obedience to the Commandment against envy could be accomplished only through genetic re-engineering of the human brain. And I assure you there’d be envy among scientists competing for funding to accomplish this project.

What constitutes a graven image and what counts as bowing down to and serving it puts us into a definitional labyrinth. Is it wrong to scrub a prized mosaic floor? Do you have to leave your boots on and track mud across it?

And making certain of adherence to the first Commandment’s demand that ‘you shall have no other gods before me’, would require thought police with skills and ruthlessness exceeding even those of Xi Jinping or junior faculty members at a liberal arts college.

Eight out of ten of the most important things that God had to tell the Israelites (or that the Israelites had to come up with on their own, depending on how you see it) are ‘part of social existence intermediate between the family and the state’.

The Israelites went 80 percent of the way toward creating a society where persuasion takes the place of force – a civil society.