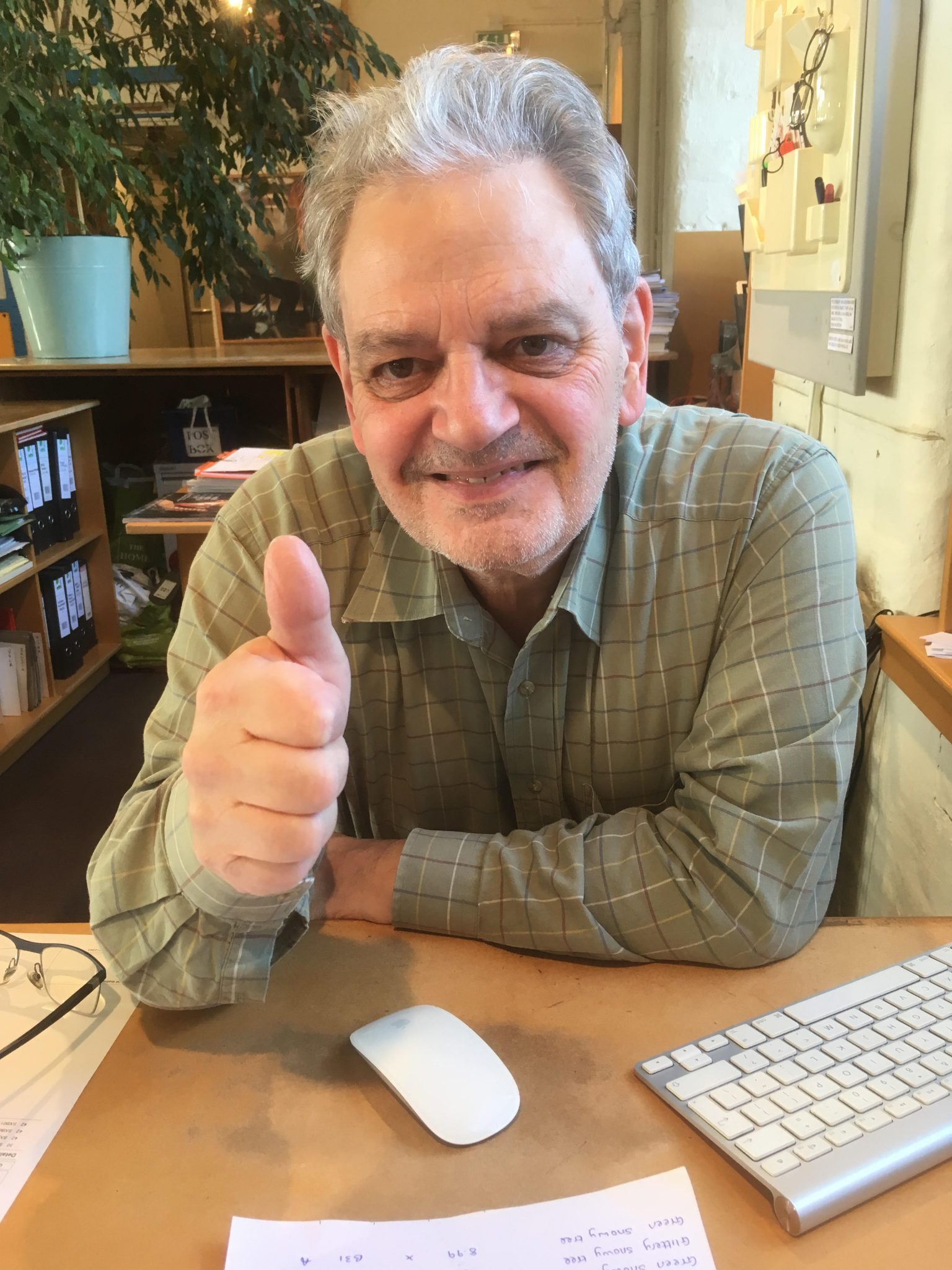 Every organisation, however large or small, has its own set of rules. These may be written in a formal way, passed on orally or exist in a series of protocols some of which are embodied in documents and some of which are the traditions to which members of the organisation must adhere. Even the hermit who lives in the smallest group possible, by definition, must live by certain rules, the most essential one being that he or she lives alone, totally separated from the rest of society.

Just think of the dress code at a school or a golf club. The rules may be prescriptive, in great detail or rather loosely worded but the students or members will fully appreciate what they are and what they need to wear to comply with them. Sport governing bodies have increasingly had to redefine their rules to accommodate changes in technology and trans-border movements. Consider the introduction of Video Assistant Referees in the last football World Cup, or the sport’s governing body in the UK lifting the restriction on the number of foreign players allowed in a professional team’s squad.

Religious organisations have strict rules about the behaviour of their followers – what can and can’t be eaten (and when), what can be worn and what cannot, who can be married to whom and who cannot. Rigid adherence to these rules is as complete and visual as the wearing of a military uniform and that visualisation unifies the members and also differentiates them from other faiths.

Laws have been created in nation states so that, for example, we can’t choose which side of the road we drive a car. We all drive on the same side (well, at least most of the time) and this makes it safer for the individual driver and for the wider community as well.

Membership of an organisation, however, not only means that there is tacit or public acceptance of the rules, it also means that there is a strong desire to succumb to them, to respect them and to nurture them. This does not preclude having a means to challenge them or a structure that can be used to change them. This can take the form of a committee (elected or otherwise), a ruling dynasty that can be hereditary or put in place by different means, or an organised structure through which appeals can be made. Examples of this are the judicial courts, monarchs, witchdoctors or professional ruling bodies. So, on the one hand the rules are unequivocally followed, but on the other hand, they can be attacked in a prescribed way and that route may well have its own rules that need to be respected. In this way, the rules can be amended or updated, or even abandoned.

So, adherence to an organisation’s rules and the very direct willingness to do so seems to define one aspect of civility. Put very simply, if you want to be a member, you have to abide by the membership rules but also you really should want to do so rather than be forced into it. At the heart of the matter is simply control. By being part of the community, you are in effect giving up some self-control and allowing the wider organisation to impose its control upon you. In return, other members have done the same and they, under the umbrella of the organisation, give you support, comfort, a sense of identity and belonging and ownership of the power that comes with this.

It is this real willingness to keep to the rules that defines true civility. The wider organisation has a power greater than the sum of the individual members and this gives a strength and a continuity to the organisation. This can be easily seen in recent American gang culture in Los Angeles, where in certain parts of the city, failure to be a member of a gang could lead to isolation and vulnerability, but joining one gives a degree of identity, purpose and security.

Living in a ‘civil’ society means giving up some individual rights. In return, being part of a wider community bestows upon the individual other rights and being granted continuing membership in return for honouring the rules is one of them. With civility comes politeness, tenderness, generosity, understanding and complete solidarity with those who have agreed to the rules of behaviour. Ultimately, without civility, everyone stands alone and that very individuality may well become a weakness and source of downfall.

The conundrum, however, is that different groups in society have different rules and when the rules and interests are in conflict, the groups themselves end up in conflict. On a micro level, examine the actions of the Ammanford Town Council in Wales. Since the 1950s, the tradition has been established that the Armistice Day celebrations and parade feature a period of two minutes’ silence at 2.00 p.m. This historically accommodated the working pattern of the local coal miners. The pits closed in the 1980s but the afternoon timing has remained in force. For the past three years, a group of veterans led by former Army Sergeant Major Peter Reed and supported by, amongst others, members of The British Legion have been challenging this ruling, especially this year as it is the centenary of the first two minute silence in 1918. They want the time to be changed to 11.00 a.m. in line with the rest of the U.K.

The local council, however, has rejected the plea and as a result has divided the town. Some people have decided to boycott the parade altogether and go elsewhere, and together with other townsfolk are disgusted with the elected councillors’ intransigence. The town’s members have failed to persuade their elected officers to change their position and as a result, the councillors run the risk of losing the confidence of the voters, and the discord between the two groups’ incompatible views is jeopardising the town’s common identity, solidarity and sense of community.

On a wider, national level, consider how easily laws can be divisive: the formal embodiment in 1948 of the segregation of whites and blacks in Apartheid South Africa, the outlawing of religions and religious intolerance in many countries to this day, and the defining of groups of people in society as ‘slaves’, ‘infidels’, or ‘out of caste’.  More topically, this year is also the centenary of the Representation of the People Act 1918, which gave the vote to women over the age of 30 and who met certain property qualifications. In ten years, we will no doubt be celebrating the 1928 bill that extended the voting rights to all women over the age of 21. Of course that law has now been amended to include all women (as well as men) over the age of 18. Nonetheless, many women’s groups are still campaigning for equal rights in other areas even where appropriate legislation is already in place.

Whilst the observance of a group’s rules is important for the continuing life of the group, there must also be an implicit responsibility for individual members of any organisation to abandon the rules and reject their own membership when they can no longer tolerate the rules of the very group to which they belong. Where a minority within society is threatened by the views of a majority or simply by another bullying minority, the only ‘civil’ response is to challenge that threat, either by persuading the group to change its view or by leaving the group all together. Ultimately, therefore, in a civil society, an individual cannot willy nilly go with the general consensus but has the moral duty to stand up for the weak and under-represented in society even if that exposes that individual to risk. If enough individuals had taken this stance in the former Cambodia, the purge by Pol Pot, the leader of the Khmer Rouge, would not have resulted in the mass killings of a quarter of the population. The same could be said of the mass murder of the Tutsi in Rwanda, the Holocaust in Europe or any other genocide. For civility to prosper in society, the individual ultimately cannot hide behind the rules of the group but must reject those rules and stand up and be counted.

The challenge for civility is to provide the correct platform to allow different groups with disparate views to co-exist, allowing each group to register and live by its own rules freely, without conflict and without undue pressure to accede to another larger or stronger group’s rules. To date this has proven to be impossible, but there remains hope for this to change.

After all, organisations are made up of individuals, and ultimately it is up to them as unique elements of any social grouping to enforce the basic principles of civility. These are being courteous and caring, considerate and respectful, sensitive yet firm in holding one’s own beliefs and requiring a similar response in return. As the poet, Philip Larkin reminds us in The Mower:

‘…we should be careful

Of each other, we should be kind

While there is still time.’

There is still time, but it will run out, and the window of opportunity will be wasted… forever.