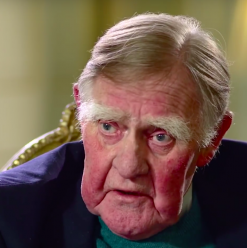 You will, of course, be aware that many might think I am the last person to pontificate on a civil society since I was with Margaret Thatcher when she said “There is no such thing as society”. I saw trouble coming – and, indeed, the quote has been abused by many, including even the retiring Archbishop of York, who should have known better. Yet in context the sentence was unexceptionable.

What she was effectively doing was posing Professor C M Joad’s celebrated question on the old BBC Brains Trust – it all depends on what you mean by ‘society’.

For her – and for me now – society was not the inanimate State, nation or even community. They are mere outlines or dots on maps without people. Hence society means people – you, me, and millions more whose attitudes and actions make Britain what it has been and has become.

This is not to ignore the role of the ‘State’ – through its machinery of government – in contributing to the general welfare. Through Parliament, elected by the people, it should do what only it can do – namely, defend the realm, protect the value of the currency and the weak and vulnerable through welfare, and uphold the law. Those tasks are set and judged by you and me and discharged by other fallible individuals.

Consequently, the issue is not whether there is such a thing as society, properly defined, but what people make of it and how they go about it. All the evidence suggests to me that the capitalist West and countries with vestiges of Christianity make a better fist of it than atheistic Communist control. Which brings me to the key quality of a successful civil society: freedom under laws made by popular consent.

We condition that freedom not just by laws but by a sense of responsibility that is too often lacking. But then any free society, given it is made up of individuals good, bad and indifferent, looks untidy. For too many, any sense of responsibility is lost in the search for personal gratification. Indeed, as one recruited to the advisory board of a charity seeking to educate youngsters about drugs, I am appalled at the extent to which our children are under siege by those out to corrupt them. So much of the march of our society during my life has worried me, and I suspect the time is coming when there will be a backlash against the abuse of freedom.

It may be that it will be given a nudge by the way we recover from the current devastation being wrought by the coronavirus. Freedom with responsibility for the effect of our attitudes and actions on our fellow men and the general welfare are my concept of a civil society. Given what humanity is like, we may never achieve freedom from fear or want. But we shall fear less and want less the more we complement our precious freedom with our responsibilities towards others.